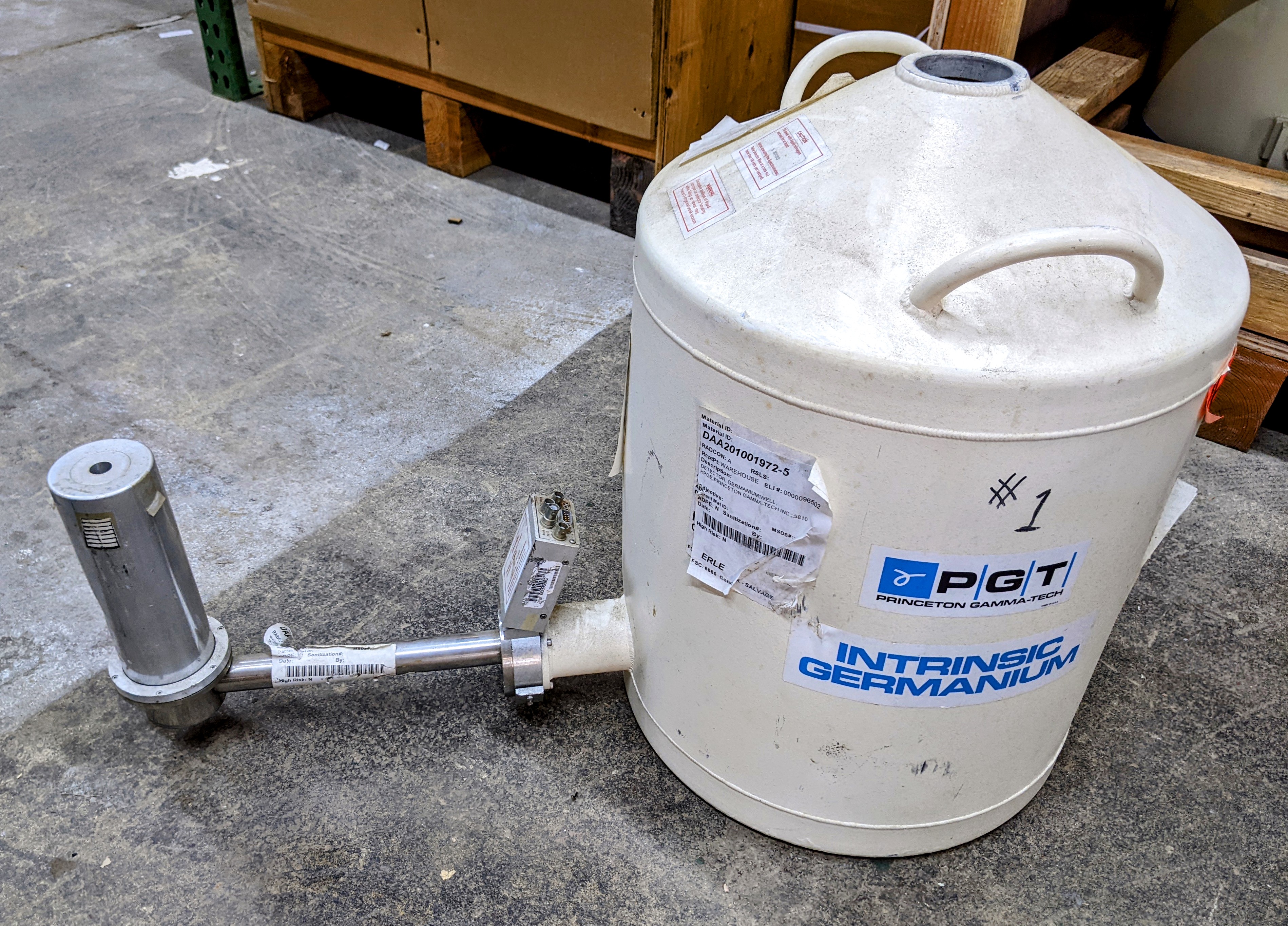 With detector models IGW125 and RG-11B1C attached.
Selling as is, photo shows a dent in dewar.

A cryogenic storage dewar is a specialised type of vacuum flask used for storing cryogens, whose boiling points are much lower than room temperature. Cryogenic storage dewars may take several different forms including open buckets, flasks with loose-fitting stoppers and self-pressurising tanks.

*See other listings for Germanium detectors, or other associated equipment.